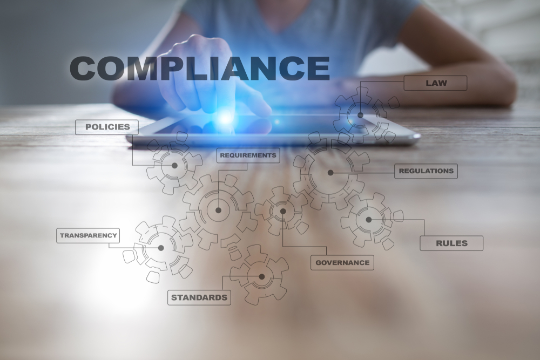 RegTech has continued to grow in popularity over the years, leading to more and more companies investing in this area. According to different studies, the RegTech market is expected to grow to over $12.3 billion by 2023. However, this article focuses on RegTech investment 2021 and RegTech funding 2020 + 2021.

RegTech funding reached a five-quarter high in the second quarter of 2021, with half of the total transactions exceeding $25 million.

In the first three quarters of 2020, RegTech investments were down but still higher than in 2019, but experienced an upswing in the final quarter of the year, recording a 39% increase in total deals.

Around 45% of their deals were $25 million or more in the first half of the financial year.

These figures suggest that their investors were more willing to write bigger cheques after the pandemic. In the first half of 2021, the percentage of deals of $50 million and above was 27.7%, which is the highest percentage for deals of this size.

This is mainly due to the trend towards maturity in the RegTech industry. New technologies such as artificial intelligence and cybersecurity, which have driven innovation in the industry, are reinforcing the upward trend, contributing to the maturity of the RegTech industry as a whole.

Eight of the ten largest RegTech transactions globally in the first half of 2021 were from North American companies.

North America is currently the dominant RegTech funding region, with eight out of ten deals completed in the first half of 2021.

This accounts for 65% of all deals in the first half of the year. After North America, Europe accounted for 23% of deals completed in the same period.

Cybercrime is one of the biggest threats to the financial industry. For this reason, five of the top ten RegTech companies in the first half of 2021 were active in the cybersecurity subsector.

In the first half of 2021, for example, Transmit Security, a Boston-based company, and Synk were part of media-effective deals.

In the first half of 2021, New York was the city with the most RegTech deals.

The growth in RegTech investment 2020+2021 and RegTech funding 2021 clearly show that the industry continues to be on an upward trend and is gaining increased relevance globally.