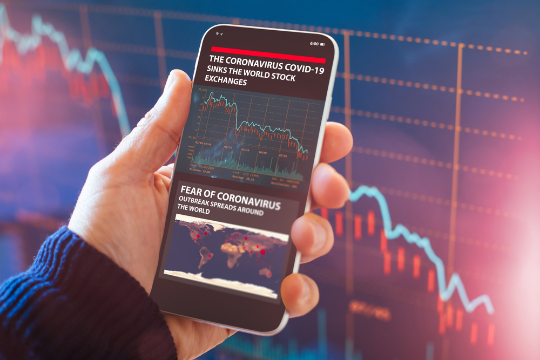 The stock exchanges are really revving up at the beginning of the new year. They seem positively liberated and buoyant. The start of the vaccinations against the Corona virus – albeit in some places in an unfortunate manner – the presidency of Joe Biden including the expected Green Deal, the continued loose monetary policy of the central banks: this mixture has a positive effect on the mood of many investors. Whether shares or bitcoin – the mixture seems to be having an effect across almost all asset classes. However, if you take a closer look, you will see the first serious signs of exaggeration.

The extent of the exaggerations becomes obvious when looking at the price trend of Bitcoin. This is the cryptocurrency that continues to divide opinion. Worthless bytes or a serious alternative to fiat currencies? The answer: the Bitcoin price recently doubled within a few weeks. It then fell again by around a quarter. But markets need to breathe. The faster they rise, the thinner the air becomes, the more threatening the height. That is why it is right and important that the participants give them a break now and then. To catch their breath, to catch their breath. Anything else would be unhealthy. The correction in bitcoin therefore came just in time. The price has risen too much in too short a time. The crash secures both: the profits of those who have now pulled the rip cord. And the chance to get in at reasonable conditions for all those who have been standing on the sidelines. Mixed signals were sent by the government or, for example, statements by Christine Lagarde, who is calling for better regulation of cryptocurrency. This confirms that the niche community is being taken more and more seriously, but it also spreads fear and uncertainty about future developments and restrictions on use.

Looking at the stock markets, individual cases give cause for concern. In the midst of it all, the richest person in the world. When Elon Musk recommended the messenger Signal, the shares of the eponymous company Signal Advance shot up 1100 percent. Those who invested here did not bother to check who was behind the messenger. At any rate, Signal Advance is not, and the hype around the share is completely unfounded.

Something similar can be observed in the hydrogen segment. The shares of good quality companies are rising rapidly. At least: this rise is accompanied by good news, such as the deal between Plug Power (the share has doubled in value since the turn of the year) and Renault. But the high interest of investors is now also being exploited by half-secret share promoters. The fact that it is enough to label a share with hydrogen to move it massively upwards can cause one some concern.